Ringed by mountains, its green rolling hills are a tapestry of orchards, vineyards and olive groves. The Elgin Valley has been known for almost a century for its famous fresh produce – most notably apples and pears.

The beautiful Oak Valley is steeped in history and is located in the Elgin Valley. It is well worth a visit as they offer a lot more than just premium wines. 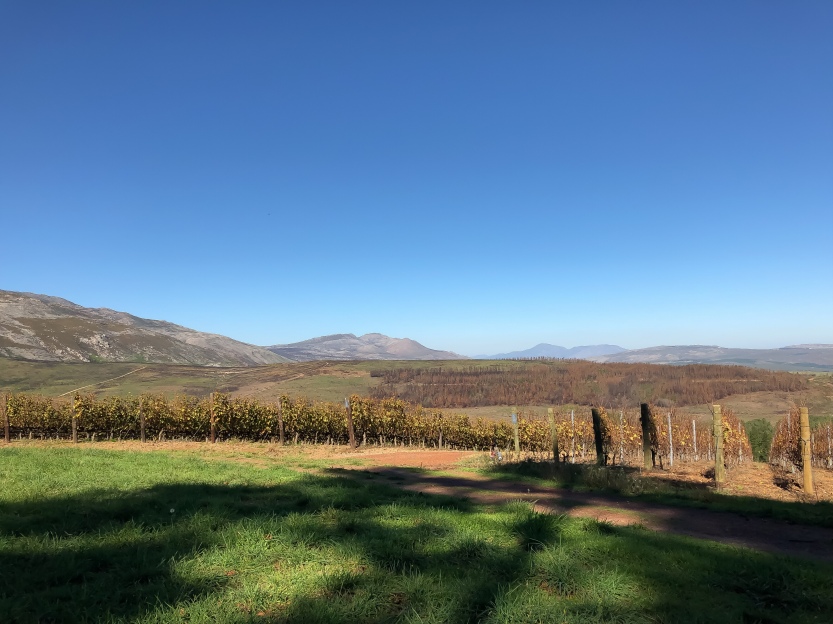 Nothing beats a special tasting with the winemaker, Jacques du Plessis and owner of the farm, Madeleine Rawbone-Viljoen. We were escorted to an exclusive, unique wine tasting in the vineyards, surrounded by mountains, overlooking the Elgin Valley, painted with beautiful autumn colours.

This was certainly the most special wine tasting we ever had and it was the highlight of our visit to Elgin! Jacques and Madeleine shared their knowledge about the history of Oak Valley which we thoroughly enjoyed.

Oak Valley is a family business that is in their 5th generation. It’s a farm that has been around since 1898.

It was founded by a farmer who was born and raised in the Caledon district, called Antonie Viljoen. Due to his character and academic skills, his mother sent him to Edinburgh University in Scotland to study medicine and then became Dr Antonie Viljoen.

Back in 1898 it wasn’t the norm to send a child to Edinburgh to go and study medicine – so it says something about the pioneering family that they were. There was also a shortage of doctors in the Cape at that time.

After the completion of his studies as a medical doctor in Scotland he returned to the Cape and took on the post of District Surgeon of Caledon.

At the time where gold was discovered up in the north of the country and just before the Anglo Boer War, Antonie Viljoen decided to move to Krugersdorp and was appointed by President Paul Kruger as a District Surgeon. He then set up a hospital and worked there as a doctor.

This was the turning point for Antonie Viljien as the Jameson Raid happened where 500 Rhodesian soldiers marched over the border pursuing the recently found gold.

Antonie Viljoen being a doctor in the area took in wounded soldiers and anybody who was injured from the Raid. Most of whom were injured were Rhodesian and British soldiers. Injured British soldiers took most of the beds. By the time the Afrikaans people came through, there were no beds available and as a result they were left lying on the floor.

He was then called a traitor and accused of treason, despite of his hippocratic oath be took as a doctor. He was fired from his position as District Surgeon and he decided to move back to the Cape.

He bought the farm, Oak Valley in 1898 for £4000. It was quite a big farm, completely undeveloped. In those days it was totally unheard of to buy land in the Elgin valley. His friends mocked him and called it a “worthless bit of hungry sour veld in the despised Groenland”.

The souls were acidic and very difficult to farm with cool climate, high altitude, very isolated and not suitable for grain.

The outbreak of the Anglo Boer War happened in 1899 and Antonie Viljien was despatched to the Free State where once again he set up a hospital for the soldiers. This time he fell ill and was granted permission to go back home to his farm.

On his way back he was arrested by the British and was placed under farm arrest with two soldiers guarding at the gate of Oak Valley. He was not allowed to leave the farm until the war was over.

This is when he started farming in all seriousness early in the 1900’s. He played a huge role in establishing the infrastructure of the area. He built a railway line that comes over Sir Lowry’s Pass, all the way through Oak Valley towards Caledon.

This was to ensure Elgin is connected logistically to the harbour and the rest of the Cape to make sure his own produce and also the produce of Elgin is able to be exported. He also played a role in building the road towards Vyeboom which is now called Viljoen’s Pass.

Antonie Viljoen was an incredible man with a great visionary of the potential of the area. From the beginning he made sure that Oak Valley is diversified.

•He loved Oak trees and conservation in general and planted 4000 Oak trees.

•He planted Wattle trees for making charcoal, tanning and fencing.

He had 3 daughters. May, Hannah and Oakleine, the “laatlammetjie” born in 1902 who was named, somewhat unusually, after his beloved Oak Valley. May, the eldest daughter, was born in Krugersdorp and by the age of 8 she got diphtheria. He knew there was an antidote for it but it would take too long to get to South Africa. His daughter died and he was devastated.

Hannah was the middle daughter and is Madeleine’s husband’s grand mother. She married George Rawbone who inherited Broadlands farm next to Sir Lowry’s Pass. George and Hannah moved into their new house on Oak Valley which her father built for them as a wedding gift.

Antonie Viljoen’s wife fell pregnant again after many years and he was hoping it would be a boy, but it was another girl. She was a “laatlammetjie” and he named her Oakleine, after the farm. He treated her like a boy. She was on the back of the wagon, she new all the mountains, cliffs and streams very well. Until the age of 8 she couldn’t speak a word English. She was then sent to Caledon for a full 10 months to learn and speak English. She was 103 when she passed away. She was an incredible woman, born a Viljoen but married an English man who was part of tbe Gordon Highlanders – he was part of a Scottish bridgade.

Apples and pears are the cornerstone of the business. Not only at Oak Valkey but most of the Elgin Valley focuses on fruit production instead of wine production.

Farming of flowers started in 1981 with green houses growing beautiful flowers. Also wild flowers are grown. Flowers also get imported to make bouquest from and then sell it on to the retailers.

Oak Valley has free range cattle with big pastures of wagyu beef – mostly free range Simmentaler. All the Oak trees produce a lot of acorns and its perfect for pig feed.

Oak Valley had some of the best mountain biking trails in the country. Cape Epic and Wines to Whales frequently use them as a base. They have 60 to 70 kilimetres of trails on the farm.

Although not a very big department, they are still very proud of it. It has been around since the early 1900’s that wine was made on the farm.

Back in the days the grapes mainly went to Douglas Green and that was used to make a sparkling wine called Dry Imperial. Over the years, 1930to 1979, KWV basically controlled how many grapevines were allowed and where it was allowed to farm. They also controlled the buying of bulk wine, distribution internationally.

Elgin wasn’t recognised by the KWV as an area to plant vines. It was very difficult for Oak Valley to pursue wine growing on a serious note. The apartheid era didn’t help either as there was export sanctions. All of this resulted in the farm only to have 4 hectares left of which was old Cinsault bushvines.

Things started to change in 1985 when Nietvoorbij, an experimental farm in Stellenbosch, partnered with Oak Valley to establish the sustainability of wine growing. Oak Valley planted experimental vineyards. For the first time they planted small vineyards of Sauvignon Blanc, Pinot Noir and Chardonnay.

Suddenly the potential of Elgin was realised. Oak Valley partnered with a farm in the Hemel en Aarde Valley, called Bouchard Finlayson in 1990. The agreement was to take all Oak Valley’s wine grapes and use it in their wines. On the labels Oak Valley was mentioned. The partnership ended in 1998. In 2003 Oak Valley started to make wine under the Oak Valley label and was done at Payl Cluver from 2003 to 2017.

2018 was the first year of making wine again after so many years on Oak Valley. 2019 was their second vintage. Although Oak Valley is quite an established brand, it is also new in a way.

Gravelly top soil. It has a reddish brown colour showing good oxidation. Lot of iron content snd that oxidises because of the amount of oxygen in the rocky top soil. That provides really good drainage on the farm. Moving down you get a slightly, higher clay content. At the bottom you have Bokkeveld shale that has very high clay content, very good water retention. Having that sub soil of shale clay enables them to maintain wines with good acidity, wines with freshness snd wines that can age for many years.

The area is covered with mountains, with pockets of cold air that is stuck and can’t really escape. It provides cold nights even through summer which help to maintain the acidity in the wines. 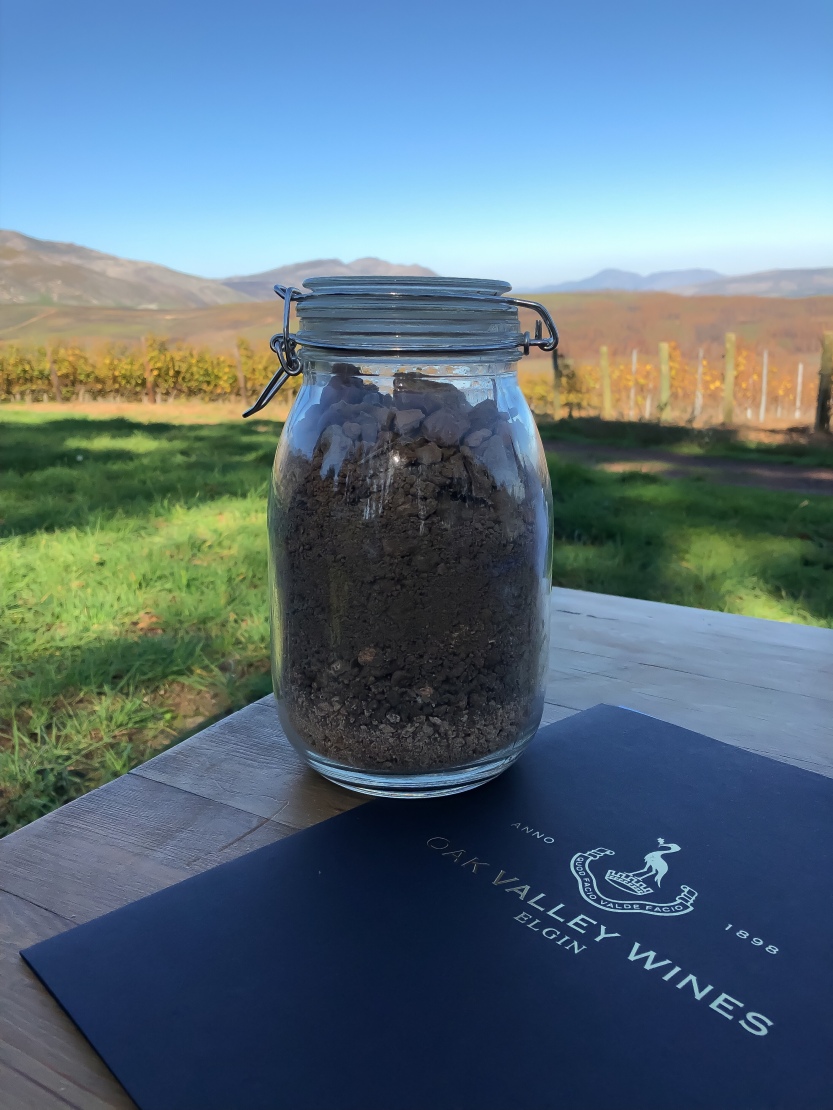 BENEATH THE CLOUDS – CHARDONNAY 2018

This Chardonnay expresses generous stone fruit aromas, such as peach, with oatmeal and flint. This follows on the palate with ruby grapefruit as the dominant character. Lovely dense palate with great balance between the oak and citrus fruits, supported by sweet zesty acidity. This will please those who enjoy wooded, but fresher-styled Chardonnays.

This Chardonnay expresses generous lemon-citrus aromas. The fresh lemon-citrus follows on the palate with ruby grapefruit as the dominant character. Lovely full mid-palate, supported by sweet zesty spice. This will please those who enjoy wooded, but fresher-styled Chardonnay’s.

Sweet cherry, violet and rose petal aromas. The palate displays an abundance of fresh cranberry and ripe cherry. These bright red berry characters are offset by beautiful acidity resulting in excellent freshness. The careful use of French Oak has led to fine tannins and a light oak spice on the finish. 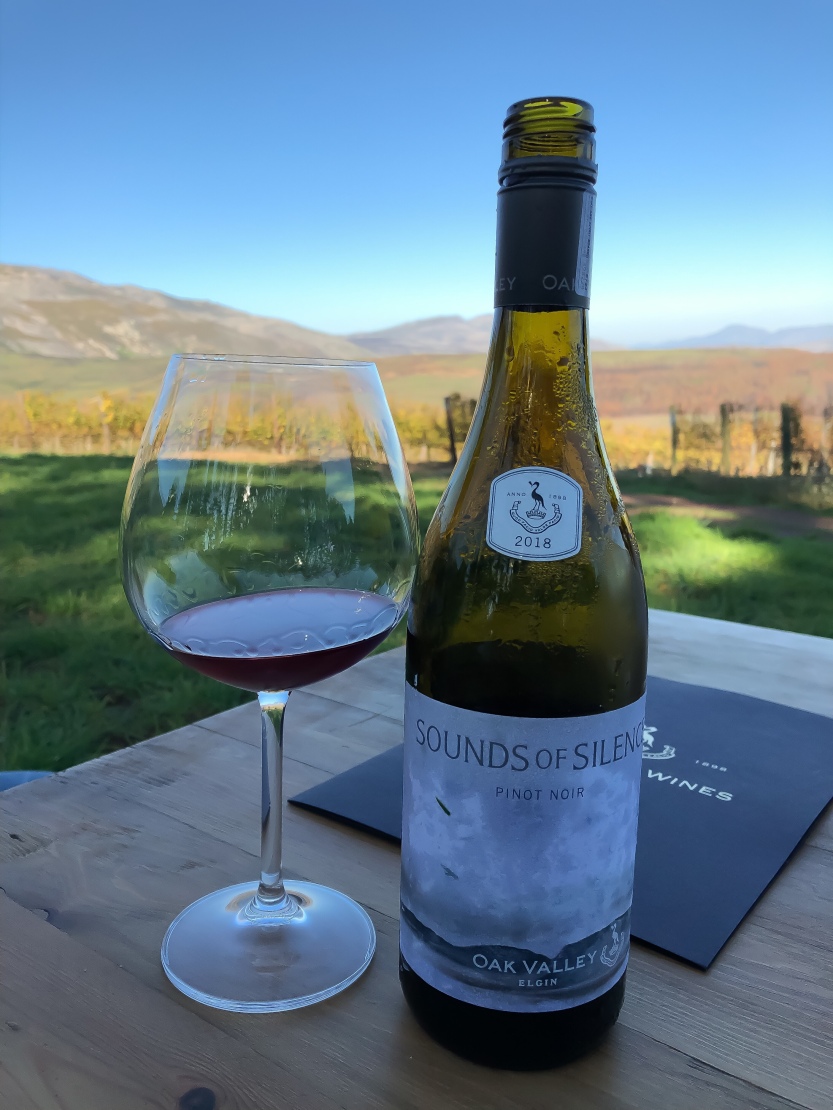 A vivid flourish of raspberry, cranberry and red cherry aromas with discreet roasted nuts. A structured wine with a delicate entry, blossoming

into a poised concentration of wild berry flavours and oak spice. Gains complexity and richness before ending with a long, finely textured finish.

Tabula Rasa is a Latin phrase that means “clean slate” and, indeed, this is a wine with more integrity than most politicians could dream of. Made from 100% chardonnay grapes (handpicked from a few well-chosen blocks), it’s an honest reflection of its terroir. Lightly wooded, with fresh finesse, balance and summer fruit on the nose and palate. 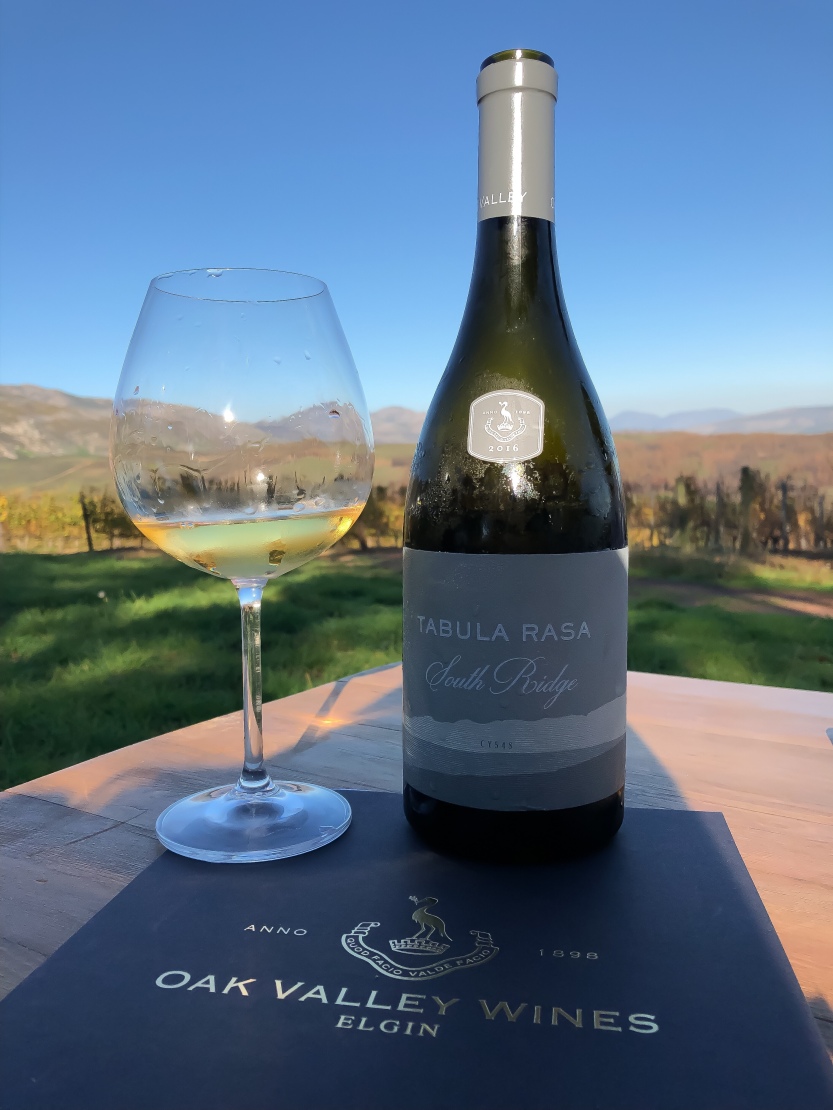