Posthouse Wines recently hosted a unique food and wine experience, presented by Nick Gebers who is the Owner and Winemaker of PostWines as well as Chef Craig Cormack from The Goose Roasters. 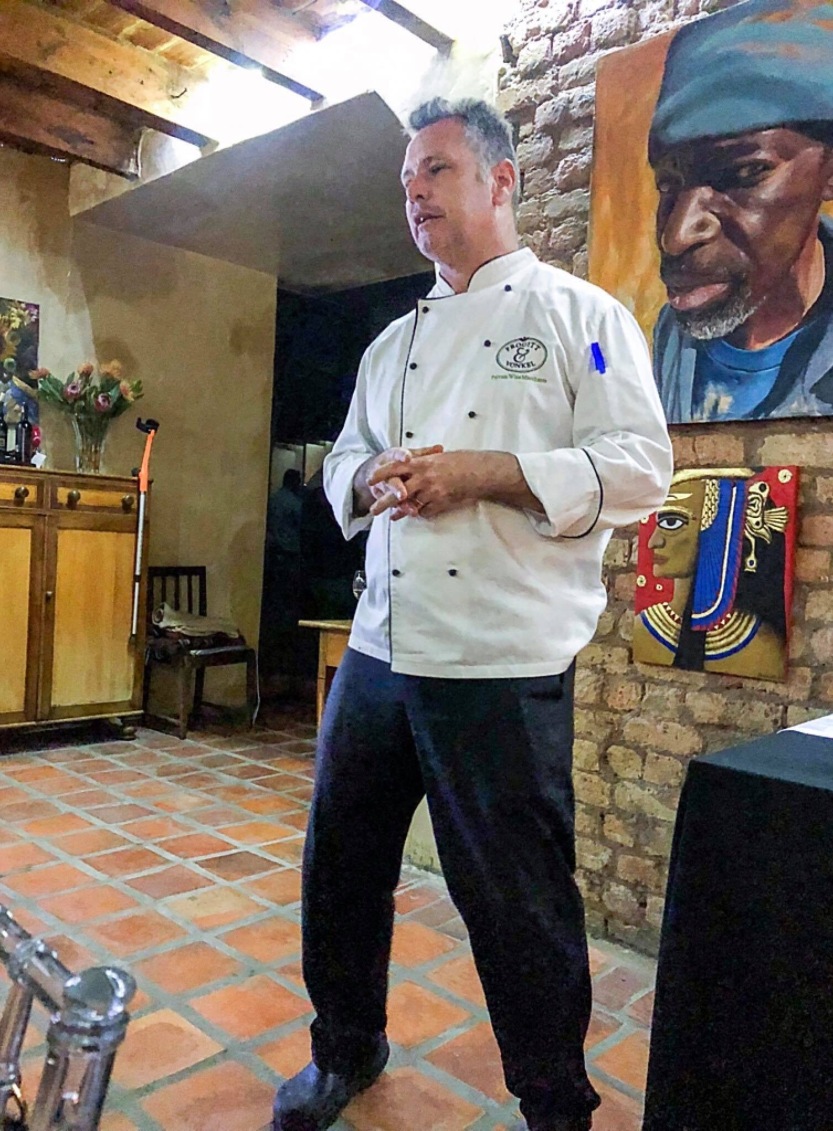 The evening was all about unlocking the secrets of the mysterious 5th taste – The Umami factor. For many years it has always been about sweet, sour, salty and bitter, but umami has been added as the 5th element when it comes to food.

Umami is classified as that yumminess and deliciousness that excites the tastebuds and creates huge amounts of flavour. It can be described as a pleasant “brothy” or “meaty” taste with a long-lasting, mouthwatering and coating sensation over the tongue.  Think about Marmite, soy sauce, parmesan cheese, only but to name a few. They are all great sources of umami which encompass everything from savoury, meaty and complex flavours.

The term umami was discovered over a 100 years ago by a Japanese Professor called Kikunae Ikeda. He identified monosodium glutamate (MSG) as the essence of what umami is. It adds body to any culinary experience. The crux of the umami factor is that, like salt, it not only gives us pleasure in the food, but it also awakens our taste buds, to appreciate a whole range of flavours.

The evening kicked off where Chef Craig Cormack explained the Asian and French aspect of the menu and how he added umami to the dishes, whilst Nick Gebers took us on a journey about his umami experience about wine.

The first canapé was Shitake mushrooms. All cooked down with stock and chilli, served with soya sauce, lemon and toasted puffed rice. The mushrooms are quite meaty and delicious with complexed amount of flavour. 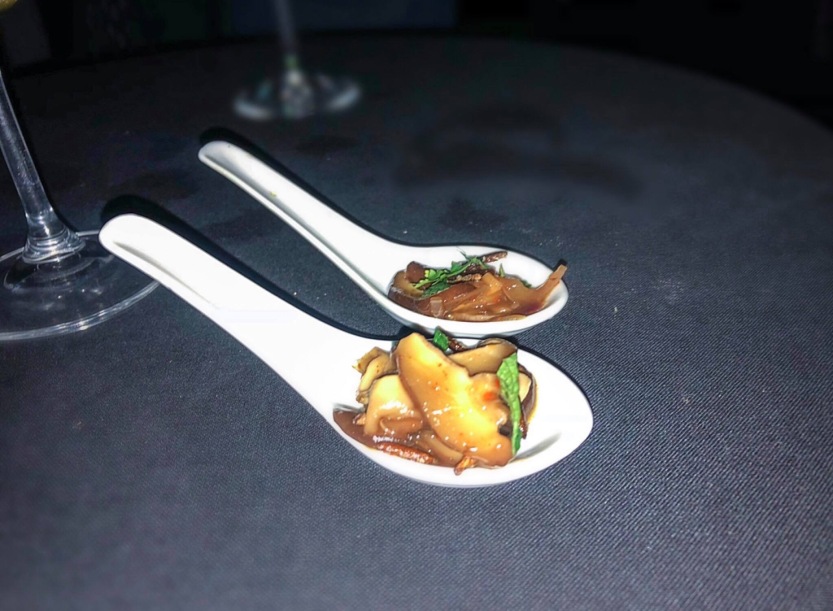 The second canapé was Textures of tomatoes, served with a wasabi mayo, basil pesto and fried onion. Just one mouthful and your tastebuds are singing with joy. 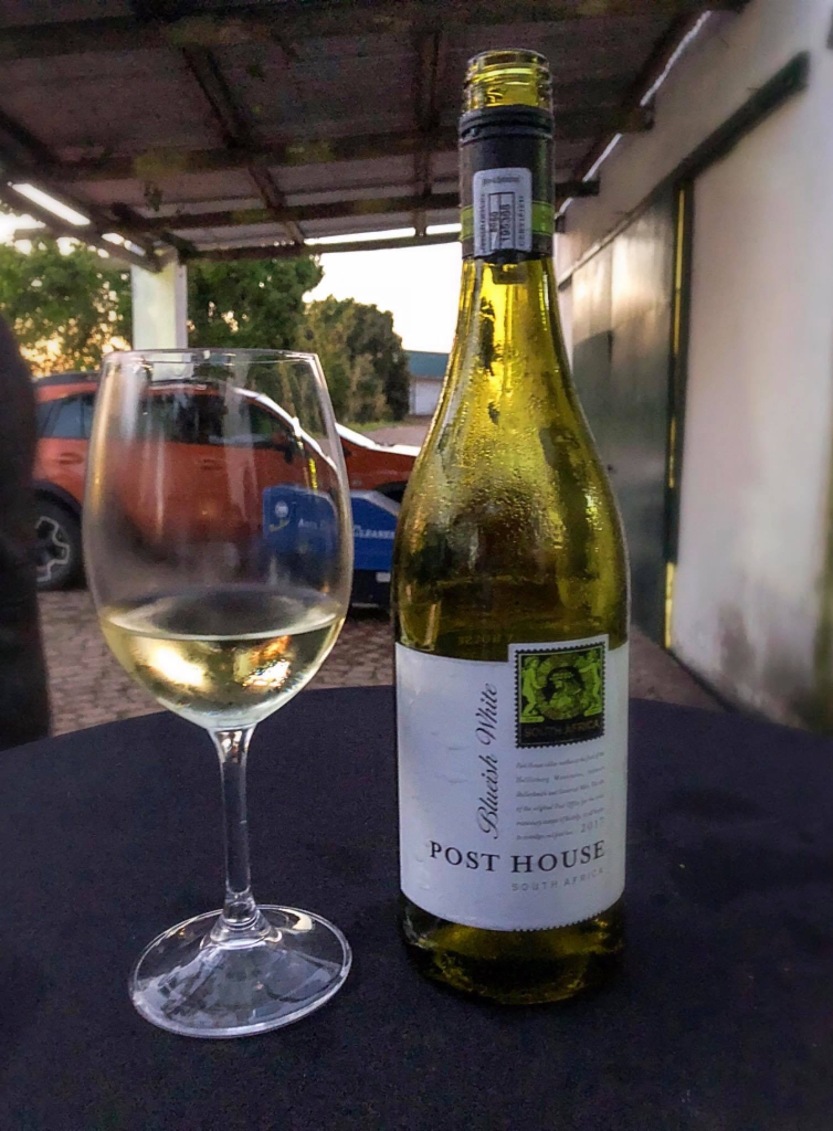 We started our first course with the Smoked trout, burnt onions, roasted garlic served with a ginger dressing. What is interesting about this dish is that everything was “burnt” but edible. It went through a smoking process, burning onions in the oven to the roasting of garlic until it went almost black. This dish was quite specific on flavours and every component of this dish just blended well together. 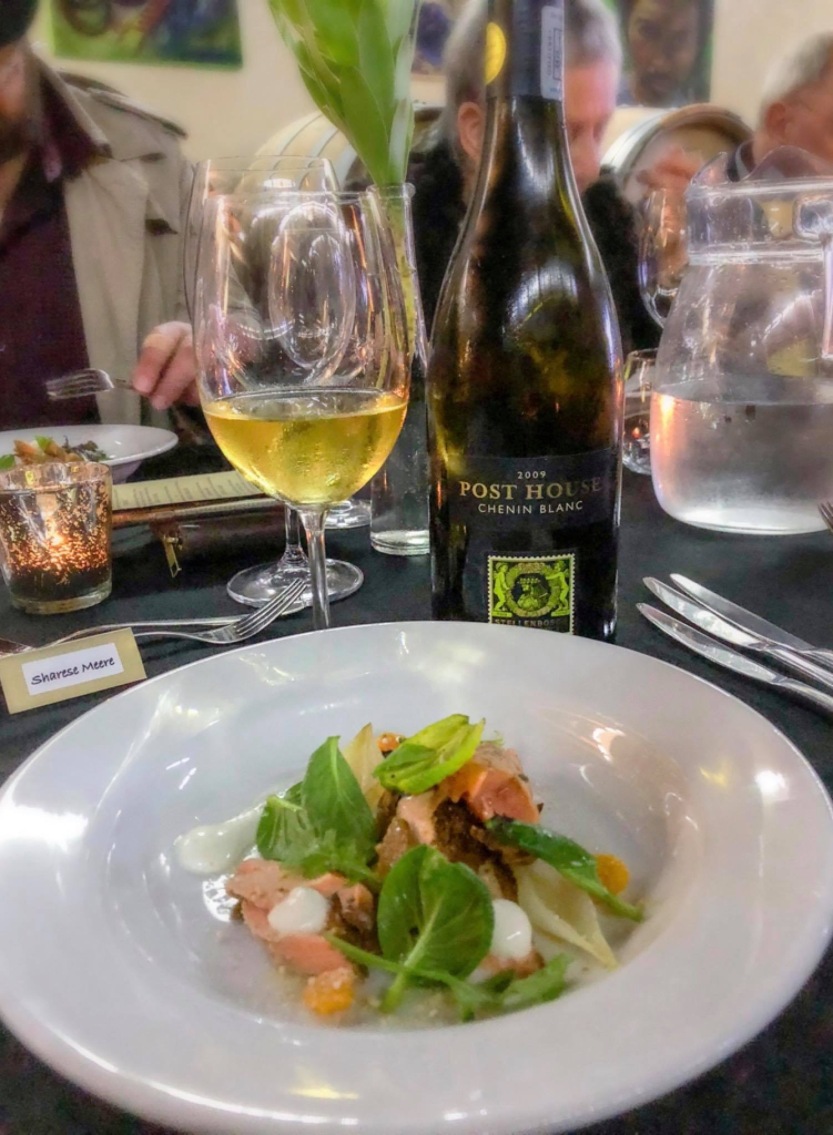 A delicious, rich and full bodied palate with delicate flavours of tropical fruit and orange. On the nose you get a bouquet of peach, citrus and liquorice. Soft round entry finishing with a long and full mouth feel.

Second course was Pasta parmigiano, parmesan spoom (and no it is not a spoon) served with truffle oil. A 25 year old parmesan cheese was used for this dish. Spoom is where the skin of the parmesan cheese was used to infuse cream and milk for a flavour enhancement. Salt was added to get the flavour profile. Chef Craig Cormack is known for using different kinds of salt in his dishes and for this dish he used Oryx salt. A desert salt that is about 22 million years old and comes from North of Upington.

This is the same wine as the one from the first course, just a couple of years younger. Same method was used for this wine. The nose of this wine offers peach, citrus and liquorice. Rich and full bodied palate with delicate flavours of tropical fruit,orange and a minerals. Soft round entry finishing with a long and full mouth feel. A hint of sweetness Perception of sweetness from lees contact and fruit. 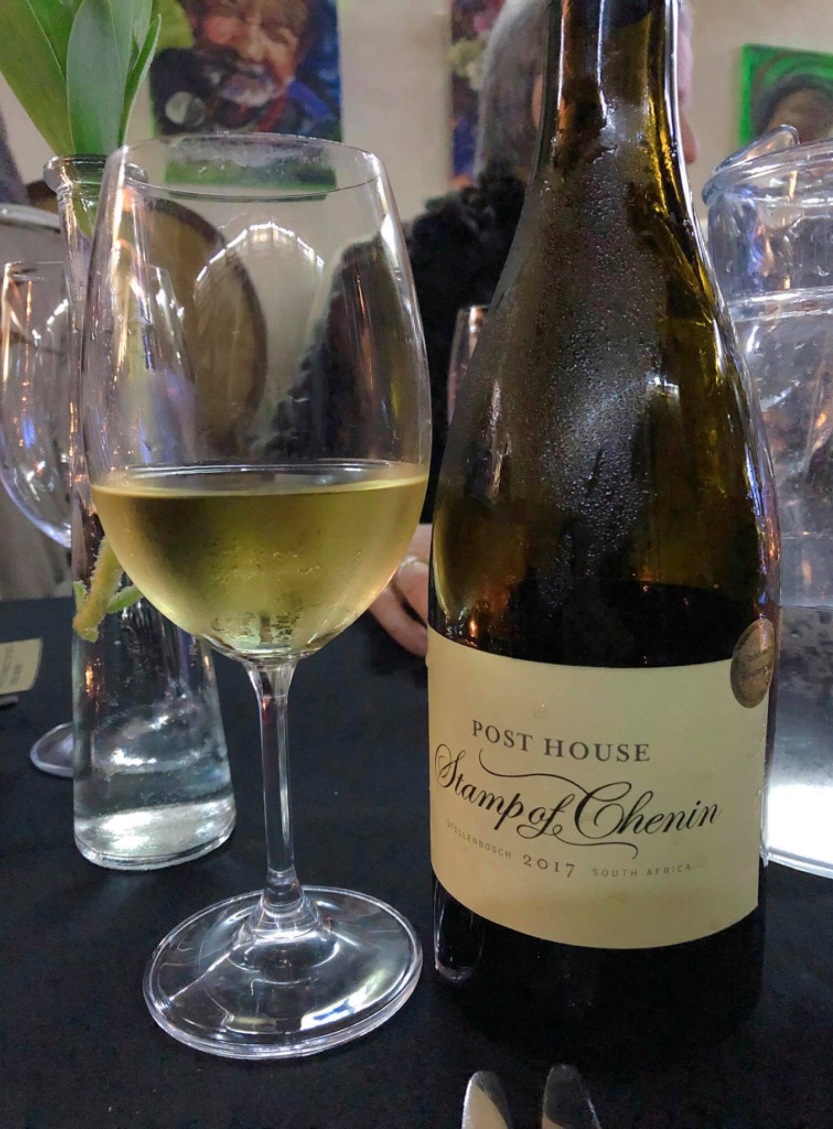 Third course was Soya marinated chicken breast, jasmine rice and a green curry wafer. The chicken was marinated for 2-3 days. It softened up the flavours and gave the chicken a nice dark colour. 16 ingedients were used in the marinate. It was served with jasmine rice and to top it off, another 15 ingredients went into making the green curry wafer. The flavours and textures were nothing short of delicious.

The Post House Merry Widow Shiraz was named after the US special delivery stamp which became known as the Merry Widow through the operetta Merry Widow, composed by Franz Lehar in 1905.

British actress, Lily Elsie took up the main role and had a fondness for large-brimmed, heavily be-plumed hats, which became known as Merry Widow hats and resembled the hat on the special delivery stamp.

Dark black wine with an inkiness picked up on the nose and palate. A nose of blackcurrant, chocolate, white pepper, cinnamon, raspberry a hint of floral petals. An elegant wine with firm but supple tannins. Rounded ripe fruit gives it a long and lingering finish.

The Post House Bulls Eye Cabernet Sauvignon is named after a Brazilian postage stamp issued in 1843. The resemblance to a Bull’s Eye was the reason behind the unusual name. Brazil was the second country in the world to print country wide valid stamps, after Great Britain.

Cabernet Sauvignon was made with the utmost attention and detail to deliver an extremely high quality end product. This wine is a big meaty wine with a nose of raspberry, cigar box, chocolate and gamy meat. The palate is firm and oaky with rounded ripe fruit and tannins which gives length to the finish.

We ended off a great meal with something sweet. A Thai custard with 4 different spices in the custard – nutmeg, star anise, cinnamon and vanilla pod. For a touch of freshness there was a delicious lemongrass ice cream on top of a vanilla soil – a cookie mixture without any egg in there. Along with a mango and chilli salsa and coconut onions to marry all the flavours together.

The name Missing Virgin refers to a printing error on a Virgin Island stamp. The virgin figure was omitted from the stamp, hence the nick name, “Missing Virgin”. St. Ursula was a virgin martyr who lived between the third and fifth centuries A.D. She was born in Britain, avoided marriage to a pagan king and is believed to have been slain for her faith with 10,000 virgin companions at Cologne, Germany. Christopher Columbus named the Virgin Islands in her honor.

This is a full bodied rich wine with supple soft tannins but with a lively long finish. The nose has a hint of cinnamon, blue berries and christmas fruit cake.

What a great evening it was to experience umami not just in food, but also in wine where umami is hightened. The more riper and fermented the wine, the more umami it gets.

Posthouse Wines is situated on the slopes of the Helderberg. For a unique tasting between the barrels, tastings are offered to the public by appointment.